Importance of the Food Stamps Program

According to the Center on Budget and Policy Priorities (CBPP), 80% of monthly food stamps benefits are used by recipients within the first half of the month (by day 14 of the month). The image below illustrates that further.

What Causes The Government to Shutdown?

Every year, Congress must pass and the President must approve the budget for the next fiscal year, which runs from October 1 to September 30th the following year.

When Congress and the President cannot agree on funding for a particular agency, a usual fallback is to pass a bill to extend funding for the agency for a set amount of time, keeping spending at the same levels as the previous fiscal year. This is called a continuing resolution.

A government shutdown occurs when Congress fails to pass sufficient appropriation bills or continuing resolutions to fund federal government operations and agencies. It can also occur when the President refuses to sign into law such bills or resolutions.

Essential employees are still required to work without pay until the government reopens, when they may then receive back pay. These employees may include TSA and border patrol agents, Air Traffic Control and Postal Service employees. The president, presidential appointees and members of Congress are exempt.

However, most federal employees whose jobs aren’t considered essential would likely be sent home.

The simple answer is Yes. However, it depends on the status of funding for the Department of Agriculture (USDA) at the time of the shutdown. The food stamps program is rare among federal programs because it requires annual funding from Congress.

If Congress does not allocate funds for the program for a particular fiscal year, then they typically pass continuing resolutions to keep the program’s funding going. If they fail to pass an appropriation bill for the USDA and they cannot pass a continuing resolution for the department at the time of the shutdown, then the USDA will be affected by the shutdown and would have to send non-essential workers home.

The current ongoing government shutdown that started on December 22 has severely impacted the USDA. The department has reported that 95% of its staff in charge of the food stamps program has been sent home.

However, the agency provided an update that says it is now using a provision allowing it to make obligated payments within 30 days of a government funding lapse. As a result, it is now working with states to issue February’s food stamp benefits by January 20. That will be earlier than usual but this is being done to make sure benefits are paid on time should the shutdown drag on. 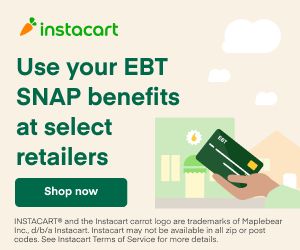